There are many literary works written with the help of scenarios and the people of Sicily, many film productions.
One of all stands out for its popularity and contemporary places and stories 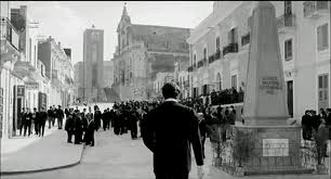 "Divorzio all'Italiana" is a 1961 film directed by Pietro Germi.

Presented in competition at the Cannes Film Festival in 1962, won the award for best comedy, and also got three Oscar nominations, winning the Oscar for Best Original Screenplay.

The film's screenplay was written by Ennio De Concini, Pietro Germi, Alfredo Giannetti and Agenor Incrocci. The fictional town of Agramonte is identified in the mass scenes with Ispica, in south-eastern Europe. The scenes were filmed in the cinema theater Bellini Adrano. 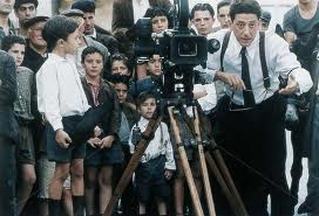 L'uomo delle stelle is a 1995 film directed by Giuseppe Tornatore. The film was nominated for a 1996 Oscar for best foreign film.
In competition in 1995 at the 52nd Venice International Film Festival of Venice, won the Special Jury Prize ex aequo with The Comedy of God João César Monteiro.
The film relies on the contribution of established players even in minor roles and a historical reconstruction of the South after the war, including remembers the sequence of land occupation. Protagonists Sergio Castellitto in the role of Joe Morelli, and the then rookie Tiziana Lodato in the role of the Blessed. Shot in various locations around the Sicilian provinces, the scene of the capture occurs at Marzamemi.

"La Lupa" is a film written and directed by Gabriele Lavia, based on the eponymous novel by Giovanni Verga, included in the collection of field life. The film follows closely the realistic drama of Verga to the subject of the 1953 La Lupa by Alberto Lattuada. The film was released in theaters October 4, 1966.
The shooting of the film were shot in a place that leads inevitably to Verga talk of the town of Vizzini, a town located in the province of Catania and inextricably linked to the biographical writer Catania. Nestled in a green landscape with about 7000 inhabitants, Vizzini offers considerable spectacular landscape steeped in ancient human memories and cultural, because man has favored this area since ancient times. The visitor who wants to discover more about the experience of Verga, deeply rooted in Sicilian agricultural late nineteenth and early twentieth century, you will find here the right destination, enriched by its historical context and nature.